The Board of Officers for the Special Forces Association are elected by the Active Membership of the Association every two years. 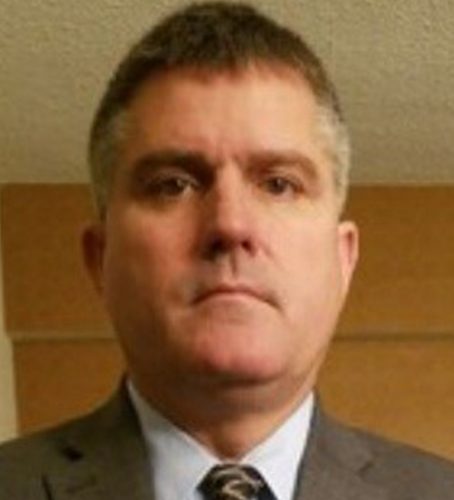 Fulltime, Kevin is the President of KLH Professional Services and works with the West Virginia Military Authority on a variety of Special Operations initiatives between the West Virginia National Guard and organizations throughout the SOF Enterprise. 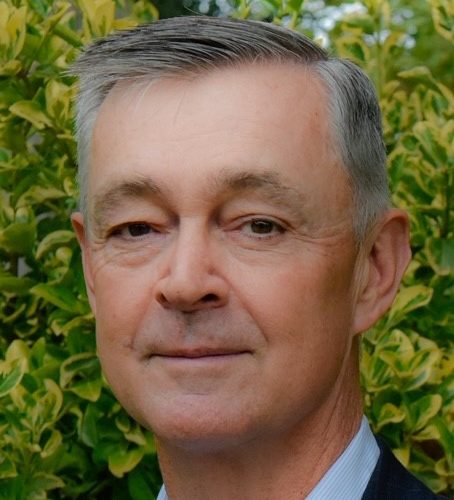 MSG(R) Keith Rutledge assumes the duties of Vice President of the Special Forces Association, effective July 1st. As Vice President, Keith coordinates SFA functions, is responsible for plans and programs, and serves as chairman of the Constitution committee.

Keith is also Secretary of Special Forces Association Chapter VI, the Camp Mackall chapter. In that role, he keeps records and is responsible for the communications strategy of the chapter.

Keith has been a strong sponsor of outreach programs in Chapter VI. Shooting programs (3-Gun, Steel Challenge, and The Tactical Games) have been a vehicle for self-funded outreach to both SF soldiers and to potential SOF recruits.

In addition to serving the Special Forces Association, Keith is General Manager of Edgepoint, LLC. Edgepoint is a startup company focusing on the datacenter market for edge computing. Prior to Edgepoint, Keith had a long career at IBM and at Sirius Computer Solutions.

While serving in Special Forces and Civil Affairs, Keith deployed to Europe, Africa, Haiti, and Panama.

Keith is married to Brenda and they have four children. Joshua and Victor are both USMA graduates. Josh is a 2000 USMA graduate and Victor is a 2020 USMA graduate. Liza is a supply chain analyst with VF Corporation. Olivia is finishing up a doctorate in Physical Therapy at the University of SC (Dec 2020 graduation). 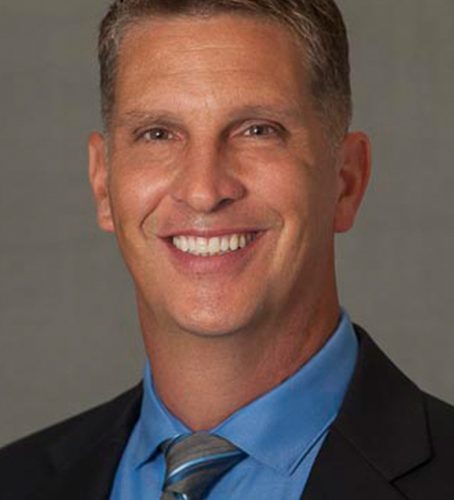 The secretary keeps minutes for all Association meetings. He distributes these as prescribed by the president and appropriate regulations. He conducts official correspondence, signs official documents, maintains records so that they are available at any time to the president or chapter representatives and performs such duties as the president may assign. He is responsible for accepting and depositing all monies for the Association, providing the Treasurer with deposit documentation (the elected officers may designate an individual other than the Secretary to accept and deposit funds). He assumes additional duties as the chairman of the Membership Committee and is responsible for ensuring continued growth in membership of the Association. He is the Chairman of the membership Committee and selects its members. (Special Forces Constitution, 28 June 2013)

Military Service
Mr. Campbell is a retired U.S. Army Special Forces Command Sergeant Major with 32 years of active military service. He entered the U.S. Army in March of 1986. Upon completion of basic and advanced individual training, he attended the basic airborne course and was assigned to the 82nd Airborne Division at Ft Bragg, North Carolina where, in October 1992, he graduated the Special Forces Qualification Course (SFQC) becoming a Special Forces Communications Sergeant (18E). He went on to serve as a senior Communications Sergeant, Intelligence Sergeant, Team Sergeant, Company and Battalion Sergeant Major and the Command Senior Enlisted Leader for the Joint Special Operations University. As a Special Operator, he served in multiple leadership positions within the 5th and 7th Special Forces Groups, Special Warfare Training Group, a Special Missions Unit, and two of the 4-Star Combatant Commands (COCOMs).

Military Awards/Accomplishments
Mr. Campbell’s awards and decorations include the Combat Infantryman’s Badge, The Defense Meritorious Service Medal, The Legion of Merit, and the Bronze Order of St. Philip Neri Award.

Family
JD is married to the former Monica Lanier of Fayetteville, North Carolina and has two children, son Benjamin 31 and daughter Emma 11. 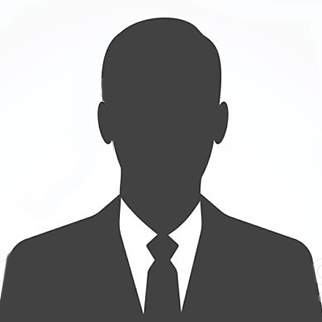 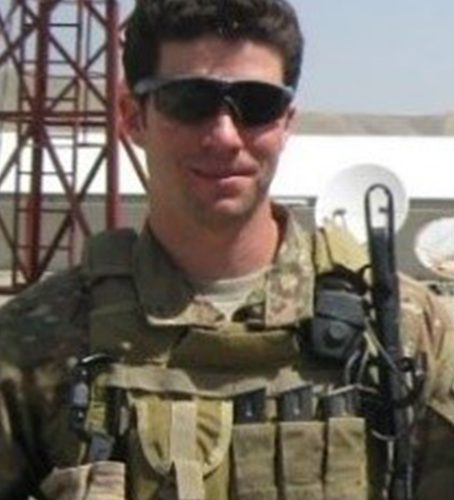 Doug is the President of Livermore Strategic Solutions Ltd., is a Director at emissary LLC, currently works as a contracted Special Access Program operational advisor in the Office of the Assistant Secretary of Defense for Special Operations and Low-Intensity Conflict, and continues his military service as a Special Forces officer in the Maryland Army National Guard.

He was recently re-elected to the post of National Director for External Communications for the Special Forces Association and is the National Capital Region Ambassador for the Green Beret Foundation.

Doug is a combat-proven, respected leader in the US Special Operations Community with many years of personal engagement in the Global War on Terror. He was decorated for valor and service in multiple theaters of operation and is a professionally published author. Doug is also an active member of the Association of the U.S. Army, Office of Strategic Services Society, National Security Forum, Warlord Loop, and the Council for Emerging National Security Affairs. He is a graduate of the U.S. Military Academy at West Point and Georgetown University's Edmund A. Walsh School of Foreign Service.

Doug commissioned as an infantry officer upon graduation from West Point in 2004. He served two tours in Iraq as an infantry platoon leader, battalion assistant operations officer, and heavy weapons company executive officer in the 2nd Brigade of the 10th Mountain Division. After returning from his second tour in Iraq, Doug attended the Maneuver Captain Career Course before attending Special Forces Assessment and Selection. After Selection, Doug attended the SF Qualification Course, graduating at the top of his class before reporting to 10th Special Forces Group. Over the next five years, Doug commanded two SF operational detachments, served as a combat-deployed Task Force future plans officer, and finished his active duty service as a battalion sensitive activities director. During his time with 10th SFG, Doug led SF elements during combat and other sensitive operations in Mali, the Democratic Republic of Congo, the Central African Republic, Uganda, Djibouti, Afghanistan, and many other locations.

As a civilian, Doug has stayed heavily involved in the SOF community through various organizations, his continued research/writing, and contracting. In his current contracted role, he advises senior Defense Department leaders on sensitive activities and other special operations. Multiple international affairs and security studies journals have published Doug’s works, to include many on-line publications in War on the Rocks, Small Wars Journal, and the Military Times. Additionally, several books feature his writings, to include The Strong Gray Line: Wartime Reflections from the West Point Class of 2004 and Mark Boyatt’s book, Special Forces: A Unique National Asset. Among his awards, Doug earned the Combat Infantryman’s Badge, Bronze Star (for service), four awards of the Army Commendation Medal (one award for valor), one Army Achievement Medal, and the Ranger and Special Forces Tabs. He is also currently the J-5 Plans Officer for Maryland Army National Guard’s Special Operations Detachment–NATO (SOD-NATO).

Doug has three daughters (Gabrielle, Mackenzie, and Addison) and is married to Erin Livermore (née Smith). He resides with his family in Alexandria, VA.

Mike Goodrich assumed the duties of Executive Director of the Special Forces Association on 1 July 2020 and is responsible for the day to day operations of the Association and implementation of projects as directed by the Board of Directors in support of the Regiment and SFA membership. Prior to acceptance of his current SFA position he served as the Project Management Officer on the SFA National Board of Directors.

Mike entered the United States Army in 1976 and after completion of Basic, AIT, and Parachute training was assigned to the USAIMA for Special Forces training. After completion he was assigned to 7th Special Forces Group and served as Medical Supervisor on ODA 763 (HALO). In 1983, Mike was selected for assignment with a Special Mission Unit and would spend the remainder of his military career with that unit seeing combat deployments to Grenada, Panama, Saudi Arabia, and Iraq. Mike is credited with establishing a unique medical support structure that has proven to save lives on the battlefield and is the model that continues to be used by Special Operations Forces today. He pioneered the use of strength training programs within the Unit to reduce injuries and enhance combat effectiveness. Additionally, he designed, built, and equipped the Unit’s first freestanding medical facility. Upon his retirement from active duty in 1997, he served as an Administrator and Chief Operating Officer for group medical practices.
Mike’s military education and skills training include the Special Forces Qualification Course, all levels of the Army NCO Education System, Special Forces Operations and Intelligence Course, Advanced Trauma Life Support Instructor Course, Advanced Cardiac Life Support Course, Army Sergeants Major Course, and the Military Freefall Course, Static Line and Military Freefall Jumpmaster Courses.

Mike has a Bachelor’s Degree in Psychology from Fayetteville State University and a Master’s Degree in Health Care Administration from Central Michigan University. Additionally, Mr. Goodrich has been awarded Diplomate by the American College of Healthcare Executives and is a Certified Healthcare Executive with that organization.
Mike is married and has two successful adult children. 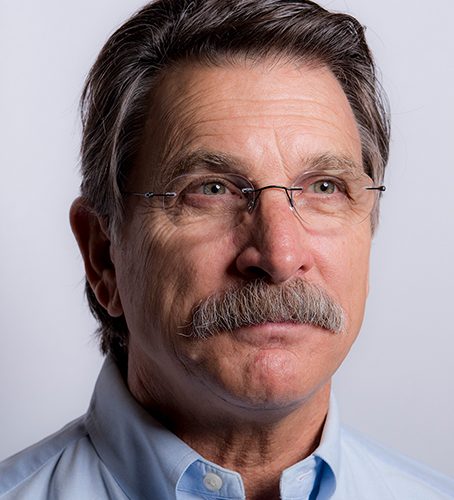